Who is the Romanian industrialist who breaks the ice in Latin America?

Valer Blidar, the owner of Astra Vagoane Călători Arad, has a 100 million euro contract with Brazil and is in talks with the authorities of three Latin American states to open assembly lines there. The businessman was given as an example by President Basescu on his arrival in South America.

Upon arriving from his trip to Latin America, President Traian Basescu said that now is the time for Romanian industries that cannot find a market in Romania to go abroad, and a country like Peru can be such a market. He gave as an example the rolling stock industry, with the Astra wagon factory in Arad, controlled by the businessman Valer Blidar, which could open, in cooperation with Peruvian companies, an assembly line of components produced in Romania.
“Those of you who have seen the factories in Arad are convinced that you are impressed by the potential that exists there or the freight car factory in Caracal. It is an exceptional potential, but we do not have a market, for two reasons: in Europe, many wagon suppliers compete in this industry and, two, the export of wagons, for example, in Latin America is difficult “, argued Băsescu. He pointed out that the solution for opening component assembly lines in Latin America is also indicated by the fact that finished wagons are difficult to transport by sea.

“The correct solution is Romanian-Peruvian joint ventures, assembly lines in Peru, with the local contribution, as much as it is. Maybe I can provide sheet metal, maybe windows, but the components, electric motors, bogies, braking systems, all would be produced in Romania, in order to be assemble there. That means jobs here and exporting finished product to Latin America, “Basescu said. 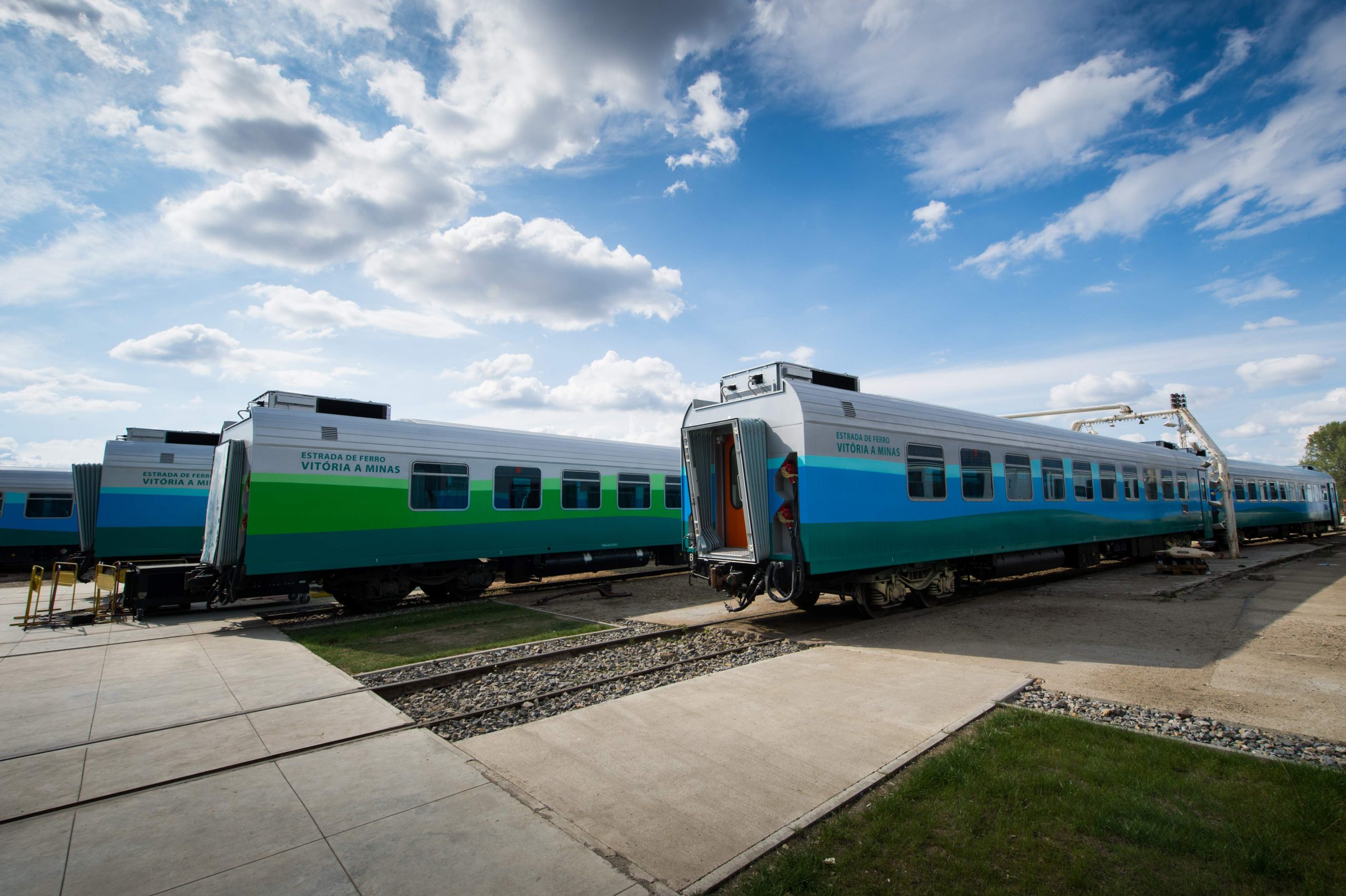 “During his visit to South America, he came across us”, Blidar explains laughing about the fact that he was set as an example when he returned to Romania. The 67-year-old businessman from Arad explained to “Adevărul” that the company he controls, Astra Vagoane Călători, has a firm contract in Brazil, signed a year ago. Blidar won a 100 million euro contract at the beginning of 2012 following an auction organized in Brazil by one of the largest companies in the world, Vale. The contract covers a period of two and a half years, during which the company will deliver 100 passenger cars.

A year ago, the Arad industrialist said that, after the collapse of European markets, he was looking for contracts in Malaysia and in South American countries. He now says he is in talks with authorities in three Latin American states for collaborations on rolling stock. “For now, we produce them in Romania and transport them, in the future, we want to open assembly lines.” Blidar did not want to say which are the three states with which he is in negotiations, but he did not deny the negotiations with Peru.

Blidar does not only takes his wagons across the border, but is determined to bring from abroad the products he has so far taken from suppliers in Romania. The businessman recently stated that he will terminate the contracts with 400 suppliers, small companies, with three or four employees, with whom he worked for the production of wagons, due to the measure that obliges small companies to pay VAT on collection. “We are not willing and we cannot bear the VAT on 400 invoices”, said the man from Arad. 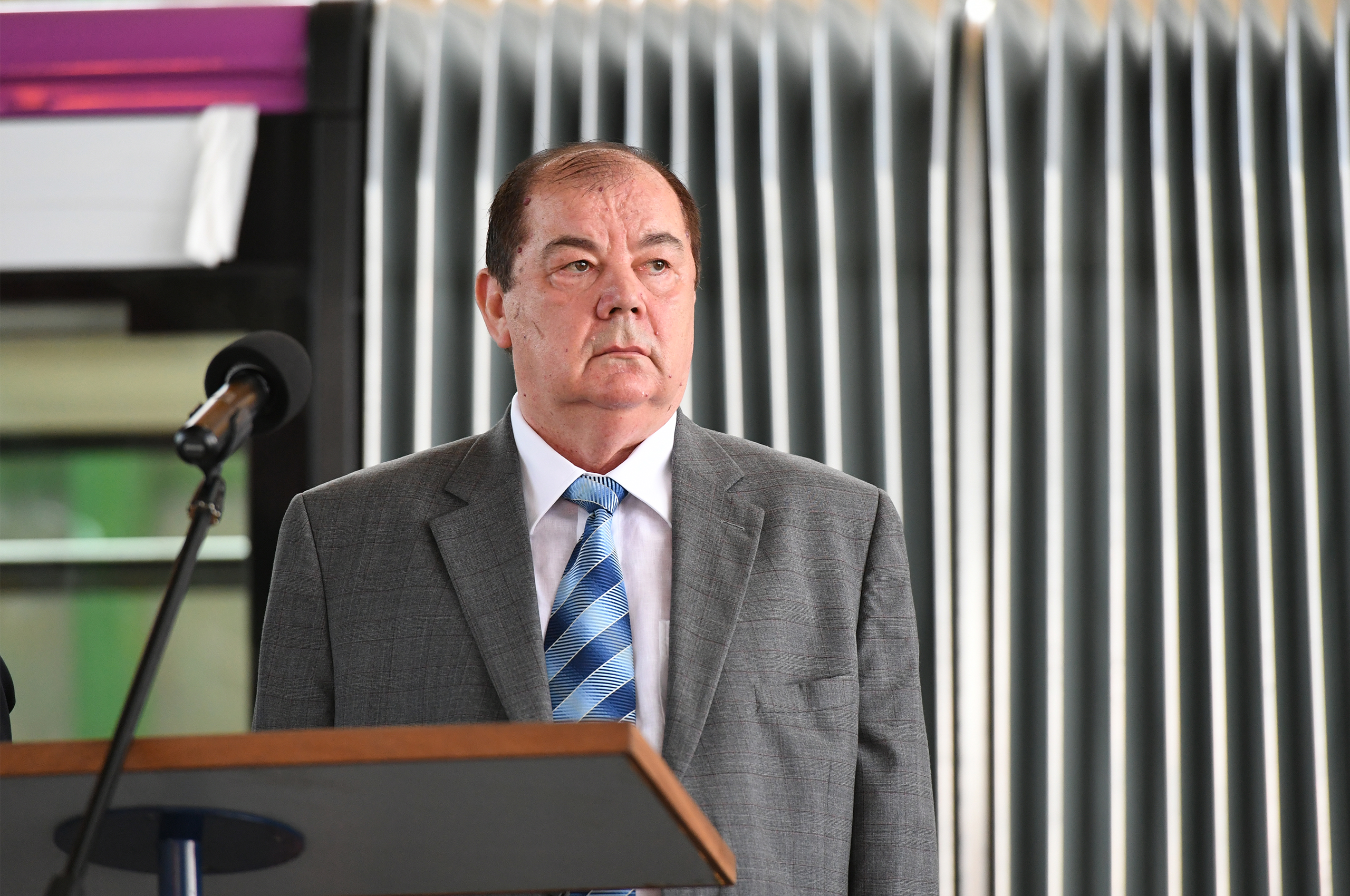 Surveying Engineer, In Business since 1990

By profession a surveyor, without practicing this profession, Blidar is a long-distance industrialist, he entered the business after the Revolution, when he began to produce subassemblies for wagons and to deal with industrial construction. He made the first million euros after a year of activity, according to “Ziarul Financiar”.

The year of grace of the company Astra Vagoane Călători was 2008, when it registered a business of 65.6 million euros and a net profit of 26.2 million euros. In 2011, the company’s business halved, and the profit rate fell 10 times.

Blidar took over Astra Vagoane Călători Arad in March 2000, privatized under the Isărescu government, when the Ministry of Industry and Trade was headed by Radu Berceanu, and the Ministry of Transport – by Traian Băsescu.

In mid-2011, the magazine “Kamikaze” wrote that Blidar’s bank granted credit that year to a company controlled by Francisc Demeter and Vasil Radu Gavril, two close friends of Mayor Gheorghe Falca (PDL), Traian Basescu’s son-in-law. The loan was guaranteed with several invoices issued in June 2011 by the company of the two, Tehnicon Park, for Astra Vagoane Călători. In other words, Tehnicon was a supplier to Blidar’s company.

President Traian Băsescu visited the factory in Arad in the autumn of 2008 and in the summer of 2009. During his visit in 2008, when leaving the factory, Băsescu stated that the company has the production insured for 2009, but that “it would not hurt an order for 20-40 wagons from CFR ”. In the period 2009-2011, Astra Vagoane concluded with the state company CFR Călători contracts for several years worth over 400 million euros, according to “Ziarul Financiar”. At the next visit, in 2009, President Băsescu received a diploma and a gold medal from the management of Astra Vagoane Călători, a company of which the Board of Directors was a member for a while, in 1992, according to money.ro.

We have a firm contract in Brazil and we are in talks with the authorities for certain collaborations, said Valer Blidar, the owner of Astra Vagoane Călători Arad.

Peru, a country in economic boom

Peru, like other Latin American countries, is going through a period of economic boom. The country, with a population of 30 million, had a GDP of 177 billion US dollars in 2011, with an economic growth of 6.8% in the same year, the estimation for 2012 being at over 6 %.