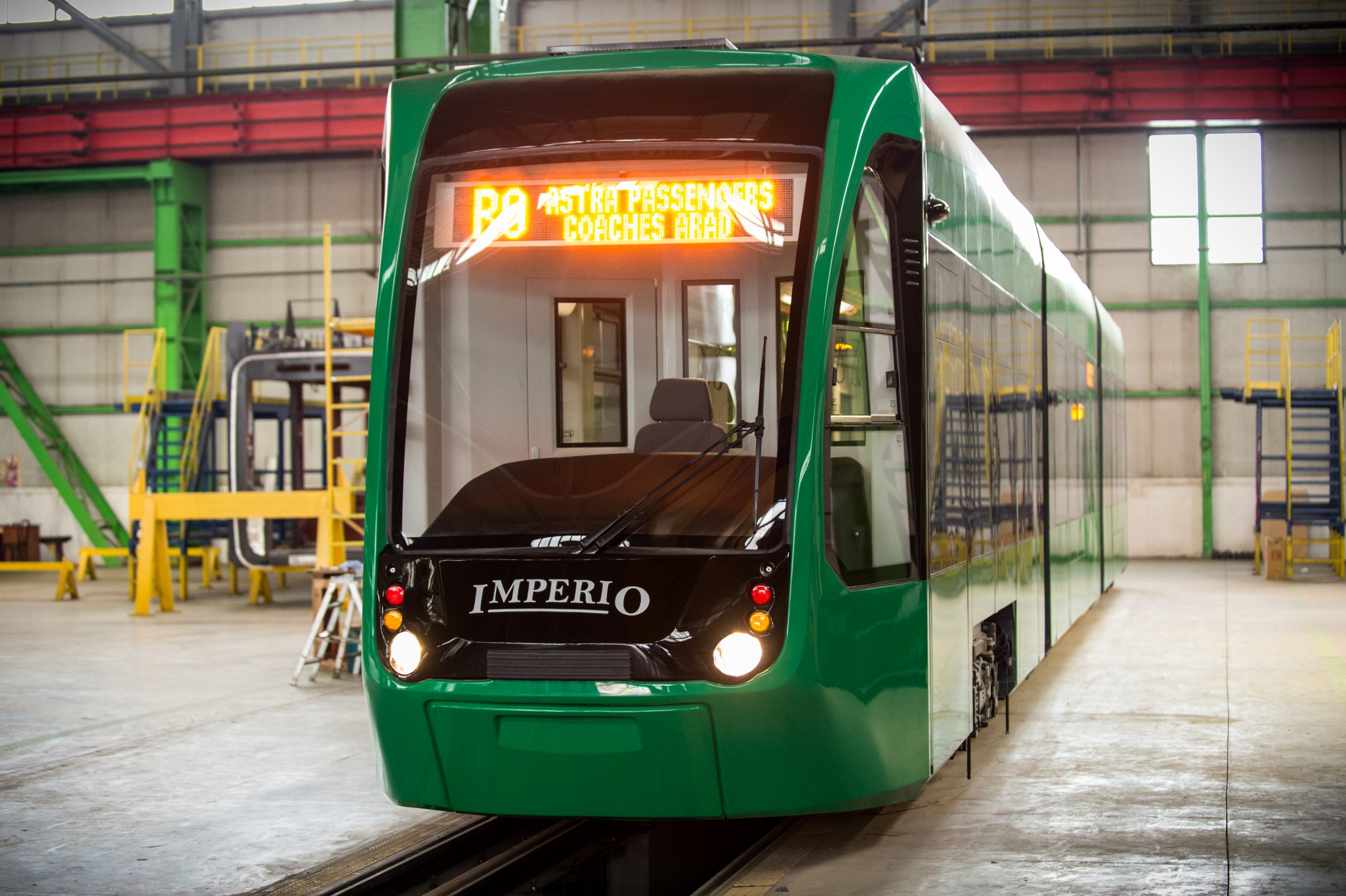 The City Hall of Arad signed, on Friday, the contract for the acquisition of six new trams, with financing by credit granted by the European Bank for Reconstruction and Development, amounting to 6,568,101.30 euros, plus VAT.

The contract was signed by Gheorghe Falcă, the mayor of Arad, and Gheorghe Sârbu, general manager of SC Astra Vagoane Călători Arad SA.

“After 10 years in office, we have achieved goals that I did not think we would achieve, both in terms of administration and economic development. In the last 12 months, the Arad industry has grown by 17%, we export components of helicopters and submarines, wagons “As a value of exports, Arad has four times more than before ’89. I hope that, after signing this contract, Arad will also export trams”, said, on this occasion, the mayor Gheorghe Falcă.

He went on to say that with this acquisition, the municipality is completing a cycle started in 2006, a cycle of modernization of the tram line infrastructure, which means quality services for citizens.

In their turn, the representatives of Astra Vagoane Călători Arad company declared that this contract is a deserved success for the Romanian industry, showing confidence that the Imperio Eco tram will confirm the expectations of the municipality and the public, through the high technical performances and comfort standards, emphasizing that this is the tram with the lowest energy consumption currently existing worldwide.

Valer Blidar, the owner of the group of companies Astra Vagoane Călători Arad SA, stated that the signing of this contract is of great importance, after six lost tenders because it could not be proved that the tram was running somewhere.

“Two years ago, we purchased a license from Siemens for a top product that has the lowest energy consumption, offers the most modern transport conditions and has the cheapest maintenance. We made the product, we approved it, but unfortunately we could not sell it because at all the auctions we had to prove that the tram is running, although EU rules stipulate that it can be sold if it is approved. At Arad, being our city, the sale price of the six trams will be 1.074 million euros plus VAT / piece, a promotional price, the company calculating a modest profit. We did not want to make a profit, but we wanted to offer a modern means of transport to the inhabitants of Arad “, said Valer Blidar.

The general manager Gheorghe Sârbu specified, in his turn, that this is the first tram produced in Romania after a German license, whose presence on the market was imminent, considering the age of the trams that run now and which, for the most part, no longer comply with European in the field.

“The tram that will be delivered to the Arad Public Transport Company corresponds to those stipulated in the Specifications of the tender. It will be a customized one, made especially for the city of Arad. It will be 27 meters long, will run at a speed of 70 km per hour , will have 40 seats and 160 standing seats and will also have an area for the disabled. It is worth mentioning that it is the tram with the lowest energy consumption in the world, of 0,64 KW / km. The duration of use of all the required mechanical and electrical equipment is of minimum 30 years of operation “, added Gheorghe Sârbu.

Mayor Gheorghe Falcă specified that the decision regarding the color of the six trams will be taken after an analysis that will take place within the Arad City Hall, but pointing out that the flag of Arad is yellow and blue.

According to the specifications, the first tram will have to be delivered to the beneficiary within 33 weeks of signing the contract, the next five will be delivered in another 42 weeks.